Born and raised in Birmingham, England, Val was pushed into the teaching profession as were thousands of her peers during that era (we won’t say how long ago that was), due to an apparent ‘teacher shortage.’ Her dreams of living the glamorous life of an air stewardess dashed, Val was packed off to Alsager College of Education. This was followed by a couple of years teaching in inner city Birmingham, quite the learning curve for any young teacher.

But Canada was calling. Some family members had already immigrated to this wonderful country, and Val was determined to join them. Once in Ontario, it was a shock to be informed that her British teaching qualifications weren’t sufficient to get her back in the classroom. Not to be deterred, Val worked for the Bank of Montreal by day, while earning her Bachelor’s and teaching degree by night.

Having taught for over 25 years as a regular classroom teacher, a French teacher, and in her later years, Special Education teacher, Val has since retired and set up her own copywriting business in a fervent desire to write. She now spends most of her time writing for children rather than copywriting for adults, which, after all, is far more entertaining! 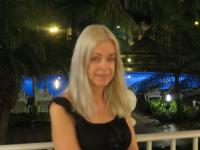